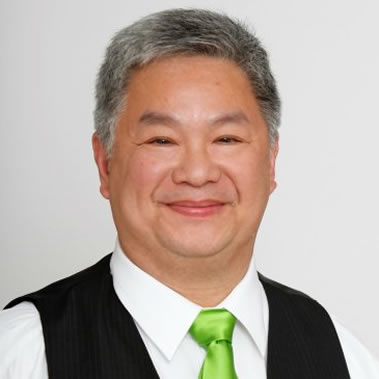 Aaron first encountered Northwest Sound a couple of years ago when he ran into us at the Bellevue Strawberry Festival. For the past few years we’ve performed there and manned a booth where we share information about the chorus. Anyway, Aaron’s wife Queenie actually sang a little with some of our members there, and Don “Fergie” Ferguson chatted them up. But it took a couple of years and our “Sing Sing Sing!” ad in the Bellevue Reporter for all this to bear fruit. Aaron thought the program sounded appealing but “non-threatening,” so he took a chance. Lucky for us.

Aaron’s hometown is Vancouver, B.C. He and Queenie relocated to the Seattle area in 1992 when he took a job with Microsoft, where he now is a product planner on Bing. He’s played guitar for a long time, which may explain his ability to take on the Baritone part as a new barbershopper, but he did his first formal singing here in Bellevue, in the 80-voice choir at the Crossroads Bible Church for five or six years. He’s taken the last four or five years off from that and just found his way back to singing when he found us us.

Aaron and Queenie live in Bellevue and have three grown children. Naomi, 24, and Nathalie, 22, have graduated from college and live in Santa Monica, where Naomi is the marketing director for a guitar company and Nathalie is in the strategic planning department of an ad company. Aaron says both his daughters are very into the local music scene down there. Jordan, 20, is a junior at UW’s Foster School of Business. Queenie is a retired French teacher and high school counselor and, by the way, enjoys working with children’s music among other things.

Besides singing, Aaron likes to ride his motorcycle. He also was very into karate for 20 years, until hip trouble kind of put an end to that. We’re the beneficiaries of that unfortunate development, though, because it freed up his Wednesday evenings. Aaron says he’s very impressed with Northwest Sound, although he confesses to finding it “a little intense” at times. To be fair, he shared this impression just after having experienced his first online evaluation, which he likened to “an AA 10-step process.” Well, Aaron, this chorus prides itself on making sure every member has the support he needs to excel, and we’re delighted to have your strong voice in our ranks. Fergie racks up another Man of Note. And by the way, when the call goes out for volunteers to man the booth over the weekend at the Strawberry Festival, remember how we got Aaron!