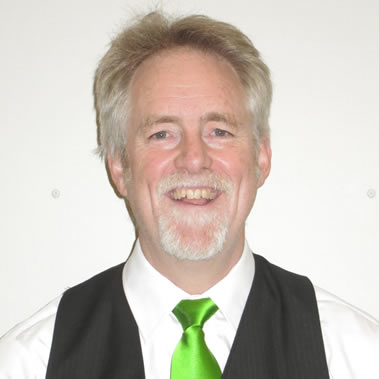 Introducing Christopher Powell, better known as Chris, born in Santa Cruz, CA – on the central coast of California, about 70 miles south of San Francisco and best known to the world as a surfing mecca. An 19-year veteran Microsoftie Chris is now working for the Continuum College of UW, and has a BA in computer science from UC Berkeley. Not surprisingly then, he likes playing with numbers and looking for trends in data, and was the chapter treasurer for many years. He currently live in Seattle with his wife Jewels… his two adult children now living in other parts of the state.

Chris is a dedicated fan of big music – symphonic, choral and even just big-sound-instruments – pieces like Carmina Burana, Rite of Spring, Holst’s The Planets, Bach’s Toccata and Fugue in D minor, and the 4th movement of Beethoven’s 9th. A lifelong favorite is Mussorgsky’s Pictures at an Exhibition, which he first heard in the Emerson, Lake and Palmer rock version and only later heard in the Ravel orchestration. It remains his all-time favorite piece and he tries to never miss a local performance of it.

In terms of creating music, Chris started with just one semester of high school choir, a year of piano lessons, and a semester of music theory in college (when he first attempted but failed miserably to write barbershop quartet music) followed by decades of nothing. In the 1990’s he spent about 6 years in the Microtones (the original Microsoft SATB choir), then another decade of nothing until in 2010 he made a New Year’s resolution to get back into singing and his wife spotted an ad for the Sing, Sing, Sing program in the Redmond Reporter. He was hooked immediately and has enjoyed it immensely ever since.

In addition to NWS (obviously), he enjoys travelling, reading, writing, genealogy, and spending as much of his vacation time as possible sailing the Salish Sea (yes that is an actual place name). He is also a member of Shilshole Bay Yacht Club (just finishing his 6th year on their board- his current position is equivalent to an Immediate Past President) and he is a former president of Eastside Writers Association (now defunct). HIs bucket list includes seeing more of the world, and visiting and singing with a Society chapter outside the U.S.